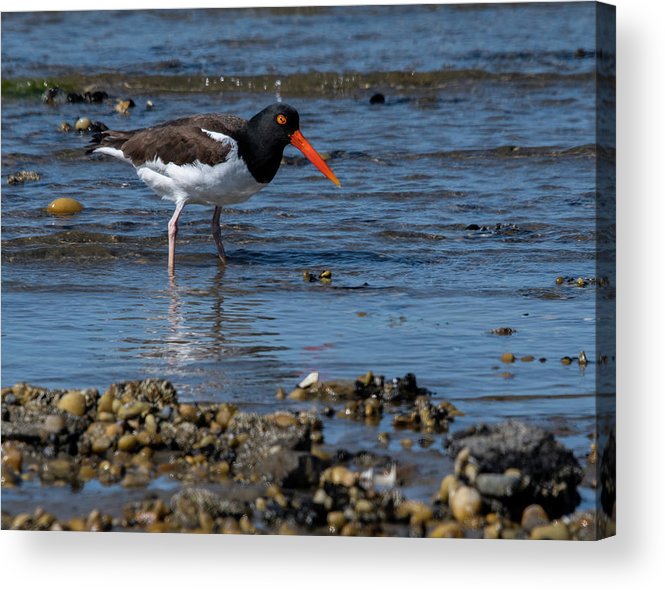 American Oystercatcher acrylic print by Cathy Kovarik.   Bring your artwork to life with the stylish lines and added depth of an acrylic print. Your image gets printed directly onto the back of a 1/4" thick sheet of clear acrylic. The high gloss of the acrylic sheet complements the rich colors of any image to produce stunning results. Two different mounting options are available, see below.

I am happy to announce your artwork is being featured on the homepage of the Wisconsin Flowers and Scenery group. It is with great pleasure for me to show recognition to our active members of our family of friends and fine artists. Congratulations on your feature!

The American oystercatcher, occasionally called the American pied oystercatcher, is a member of family Haematopodidae. Originally called the "sea pie", it was renamed in 1731 when naturalist Mark Catesby observed the bird eating oysters. The current population of American oystercatchers is estimated to be 43,000. There are estimated to be 1,500 breeding pairs along the Atlantic and Gulf Coasts of the US. The bird is marked by its black and white body and a long, thick orange beak.