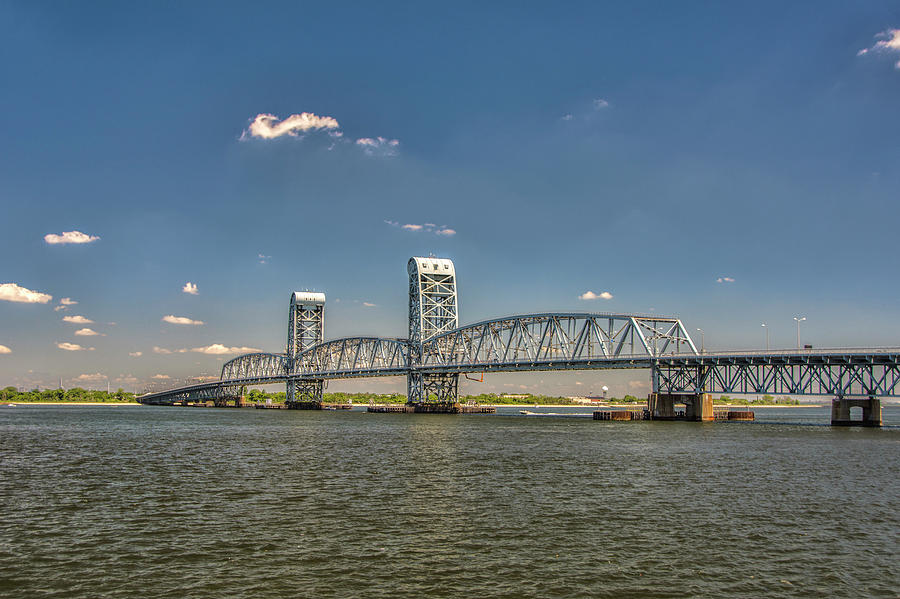 Built and opened by the Marine Parkway Authority in 1937, it was the longest vertical-lift span in the world for automobiles. The curled tops of the towers were designed to give the bridge a whimsical aspect. Following the 1940 merger of the Marine Parkway Authority and Triborough Bridge and Tunnel Authority, the operation of the bridge fell to TBTA.
In 1978, the bridge was renamed for Gil Hodges, the former first baseman for the Brooklyn Dodgers. Hodges kept a residence in Brooklyn after his team moved to Los Angeles. He also played for the Queens-based New York Mets at the end of his career, and managed the Mets from 1968 until his sudden death in 1972, including victory in the 1969 World Series.
In 1999, the existing steel-grated roadway deck on the lift span was replaced with a new steel grating. A new, aluminum extrusion, ("Jersey") barrier was also installed to separate opposing traffic flows. In addition, the elevators and electrical systems in the two towers were replaced, and new variable message signs and traffic control devices were installed on the bridge, approach roadways, and toll plaza. The toll plaza also received a brand-new service building.
Part of the crash of American Airlines Flight 587 in 2001 was filmed from a tollbooth camera on this bridge.
On November 24, 2014, the bridge experienced a power failure while it was raised to let a boat pass. It remained stuck in the raised position for about six hours before technicians were able to lower it.