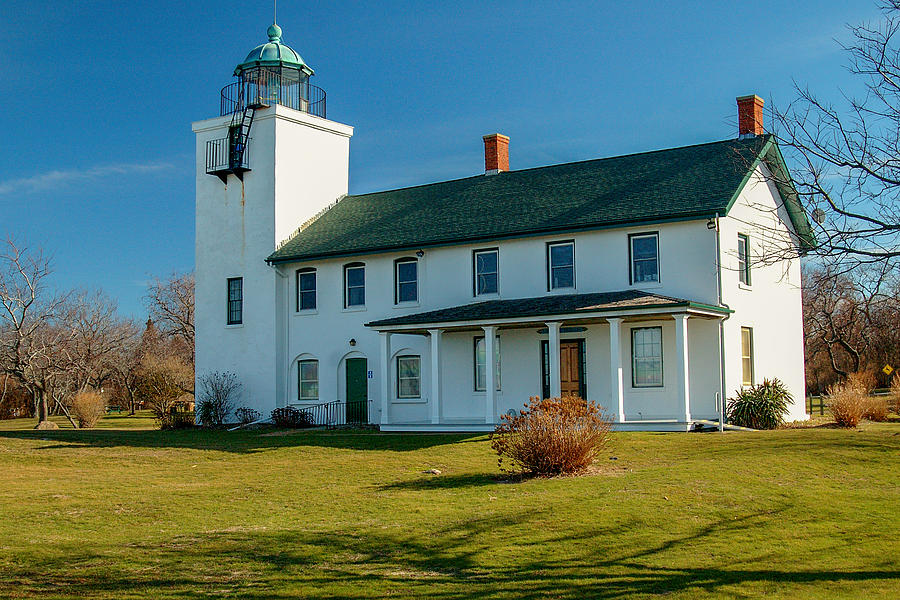 The Horton Point Lighthouse, located north of downtown Southold, was constructed by the U. S. Lighthouse Service in 1857. It is one of seven historic lighthouses located in Southold Township. The tower and adjoining keepers residence are built on the "Cliff Lot" of Barnabas Horton's original 1640 land grant.

At the time of the automation of the lighthouse in 1933 the original Fresnel lens was removed and a new skeletal light tower was built closer to the coastline. In January of 1934 the Lighthouse and the surrounding property was purchased to the Southold Park District. During World War II the Lighthouse was occupied by the Coast Guard, Civilian Defense Corps., and a succession of military units.

In 1990 a massive restoration project was begun. The tower was repaired internally and externally, reopened, and relit. At that time the lower level of the Keeper's House was converted into the Southold Historical Society's Nautical Museum. The Lighthouse is listed on both the State & National Registers of Historic Places.

Cathy, you are a photographer after my own heart...love lighthouses and this one is one I'd live in! L

I love how this looks! Beautiful! f!