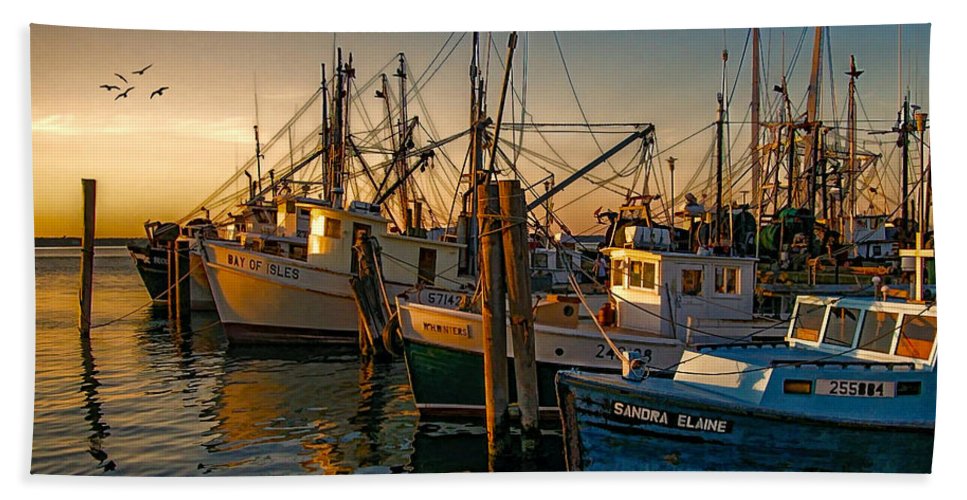 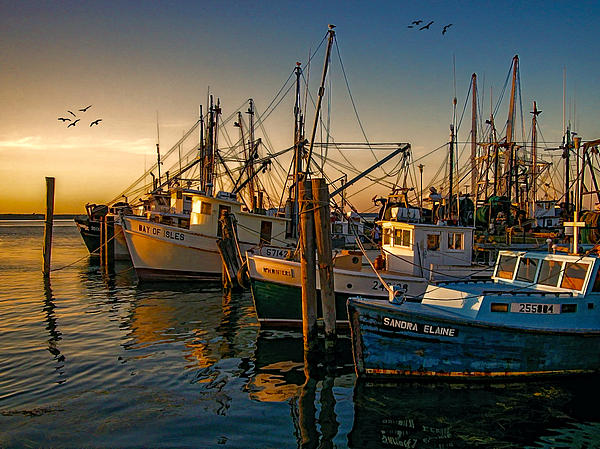 Sunset On The Fleet Bath Towel

Decorate your bathroom and dry yourself off with our luxuriously soft bath towels and hand towels.   Our towels are made from brushed microfiber with a 100% cotton back for extra absorption.   The top of the towel has the image printed on it, and the back is white cotton.   Available in three different sizes: hand towel, bath towel, and bath sheet.

Beautiful sunset image, Cathy! I like the diagonal composition and the details of the boats. The lighting and reflections make this a real eye-catching image. L/F

Congratulation on your 1st place honor- image is simply gorgeous !!

Congratulations on your 1st place win in the contest for "Docked Boats". This is a beautiful photo with wonderful reflections and color. Like

I love this Cathy! Such a beautiful photograph...just perfect! LF

Beautiful! Love the light and reflections!

wonderful work with the lighting you had

Love the light of the sunset on the fleet. I can nearly smell the sea and hear those seagull swirling. Wonderful capture.

Cathy, love the elements of this beauty, and the colors are outstanding! It is a pleasure to see so much variety and beauty in the works that are submitted for FEATURING on our WFS site. It is an honor to FEATURE this piece of work on our Homepage of our site. Thanks for sharing and being active in our group membership. Liked Forever, Elvis

3/29/2014 Photographer Cathy Kovarik of East Yaphank, NY, has won Second Place for February in the prestigious photography contest sponsored by BetterPhoto.com, the site's founder, Jim Miotke, announced Saturday. More than 5900 entries were submitted to the online photography contest, which attracted contestants from around the world and featured 10 separate categories. Kovarik's stunning image, "Sunset On The Fleet", garnered top honors after being submitted in the Catch-All category. Won first place in the FAA contest "Docked Boats" in August 2014. Chosen as the all time favorite of the staff at BetterPhoto.com. Also chosen as a winner in BetterPhoto's all time 20th anniversary celebration. Also, as of 7/19/16, chosen as BetterPhoto's "Photo Of The Day" out of thousands of entries.