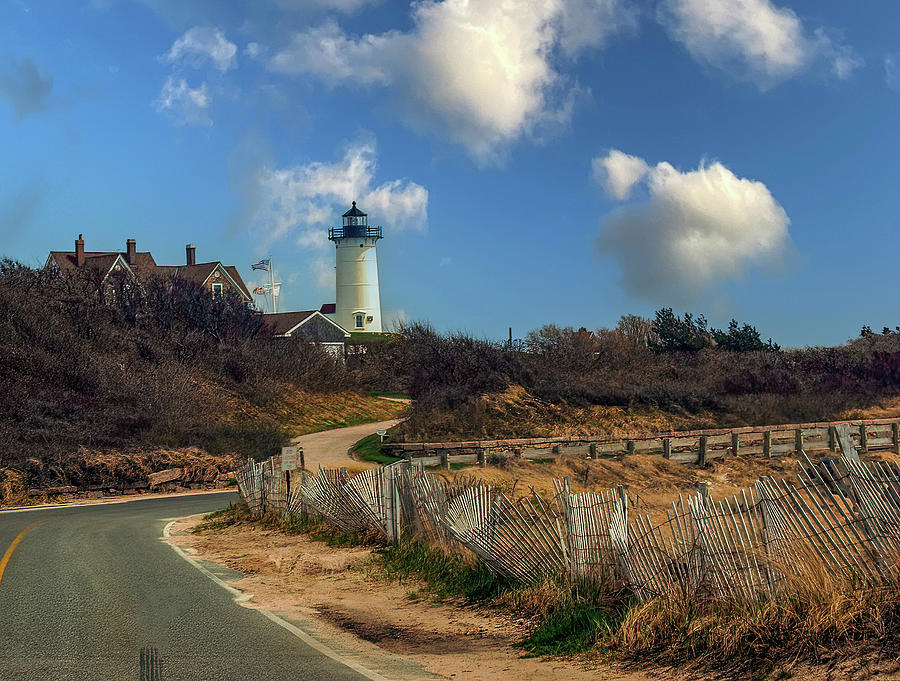 Nobska Light is set at the very southwestern tip of Cape Cod, separated from the shore by Nobska Road. The light station includes four buildings: the tower, the keeper's house, a radio beacon house, and a small oil house. The tower has a brick interior and a metal exterior, formed out of four rings of iron paneling, and rises to a height of 40 feet (12 m). The first three panels each have a single sash window with an Italianate surround, while the fourth level sports four porthole windows. The tower is topped by a ten-sided lantern house with an iron balcony and railing encircling it. A wood frame entry vestibule with gable roof projects toward the keeper's house. The oil house is a small brick structure with a gable roof, while the radio beacon house is a larger brick structure, also with a gable roof.[5]

In 1937, a 125-foot steel radiobeacon tower was installed and the reed horn fog signal replaced with a diaphragm over the next decade. In 1939 the United States Coast Guard replaced the U.S. Lighthouse Service as the agency responsible for maintaining the light but a civilian light keeper remained on site until November 1973 and was replaced by the Coast Guard. Before Joseph Hindley retired, he may have been the last civilian light keeper in New England.[6][7]

In 1985 the lighthouse was automated and the last keeper retired. His house was converted into the residence for the Commanding Officer of United States Coast Guard Sector Southe